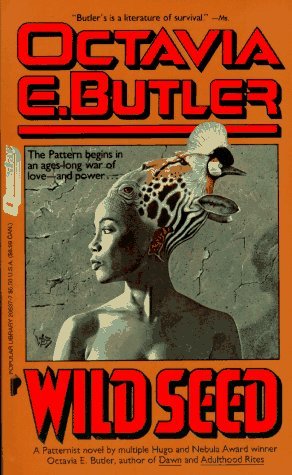 Let me state up front, just so we’re clear, I loooove Octavia Butler. She seems to make her way into my consciousness at least once a day, whether it’s through what I’m reading or a podcast I’m listening to, or just me going about my merry little day. When I first came across her, sometime in the late 1990s—I have no idea how—I fell in love. I have been in love ever since.

Recently, from a deep desire to expose the next generation of budding African-American scholars to her work, I assigned to my graduate student and reread Wild Seed, one of Butler’s earlier novels. The whole time I was reading, a quote that I heard or read from her—that when she was starting out and hungry–she would wake up at 2:30 am in order to write, kept playing through my head. According to Butler, by the time she arrived at the job that she cared nothing about or for at 9 am she was “evil” because by then she was exhausted.  I often awake between 4:30 and 6 am. I do so so that I can write because I, like Butler, have a story in me that needs to get out. I am grateful for her as a mentor and as an inspiration.

I have, through many moves to different parts of the country and at times abroad, managed to hold on to my original edition of Wild Seed, the Warner Books, 1980 edition, and it was that version that I read in preparation for my bi-weekly meeting with my student. What I found during my rereading were typos, a consequence of the unsophisticated editing capabilities at the time, and understandable. The novel also strikes me, at certain moments, contrived in ways that an author, in trying to be thorough, appears contrived and overly didactic and which the contemporary editor and proofreader is able to edit out.

These flaws, so obvious to me, the slow reader, do not ultimately detract from the allure of Butler’s imagined world. Despite the issues, I was able to discern some of the many lessons that Butler wished to convey in her narrative as well as the beauty in the poetry of her words.

But one thing that was really cool about reading this Butler classic, Wild Seed, almost thirty years later is that I got to see connections between past and present and perhaps future, that I might not have otherwise seen.

What I saw in my second reading of Wild Seed, and which I believe is more important that any typos or inconsistencies in the narrative, is the way that the essence of the message is communicated to the reader. It is in the way that, once the efficacy of the transmission is decided upon, it shows up across generations, across time and space.

I found that transcendence of space and time when I reread Wild Seed after watching Jordan Peele’s Get Out last year. 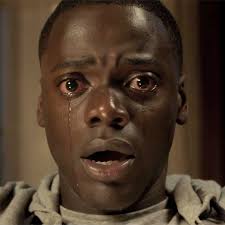 So, I don’t know if Peele has ever read Butler. I do know that Butler’s mastery of the fantastic/speculative is legendary. I also know that Peele’s foray into the fantastic/speculative with first, Get Out and then Us, has been met with high acclaim. I also know that there are many more gifted African American storytellers who have ventured into the speculative realm and once they say what was there, they never looked back. One of them I wrote about in my last post. It makes perfect sense that people of African descent would be attracted to science/speculative fiction. In the words of the master storyteller, most famous for his Easy Rawlins series, but also known to venture into the speculative, Walter Mosley, “The genre speaks more clearly to those who are dissatisfied with the way things are: adolescents, escapist, dreamers, and those who have been made to feel powerless. And this may explain the appeal that science fiction holds for a great many African-Americans. Black people have been cut off from their African ancestors by the scythe of slavery and from an American heritage by being excluded from history. For us science fiction offers an alternative where that which deviates from the norm is the norm.[1]”

I have personally come to the conclusion that Everything is about slavery. This preoccupation with slavery is abundantly clear in the case of Wild Seed which takes place during the slave era and one of the main characters, Doro’s, relationship with “his people” can be likened to that of a slave master with his slaves. Slavery’s legacy comes through clearly in Get Out in which a white wealthy family zombifies African American people who are lured to their lair by their young pretty daughter. The preoccupation that the two “texts” share makes perfect sense. But here’s what I think also makes sense given the authors’ shared African ancestry and their shared history of being born and raised in the U.S.: The Sunken Place.

“The Sunken Place” is the aspect of the film that has gotten the most attention since the film’s release (Google it and you get over 35,000 hits). It even has its own Urban Dictionary entry.

For the two of you who have been hiding under a rock and not seen Get Out, the main character, Chris, is transported to “The Sunken Place” through the machinations of his girlfriend’s hypnotist mother.

Just a few pages before Wild Seed ends, the main character, Doro takes Anyanwu to his own kind of Sunken Place. When Doro grips her, “Abruptly, she is in darkness, falling through darkness toward distant light, falling. She felt herself twisting, writhing, gasping for some support. She screamed in reflexive terror, and could not hear her own voice.[2]”

According to Urban Dictionary, The Sunken Place is “The metaphorical place an oppressed person goes when they have become silent or compliant to their own oppression. More often the sunken place is used to describe a disadvantaged person who is ignorant or unwilling to see that they have been conditioned into acquiescence. However, the sunken place can apply to anyone who chooses to stay silent in the face of discrimination or injustice, usually of their own.” While the protagonist of Get Out, Chris’ relationship to the sunken place is pretty in-your-face, in Wild Seed, Anyanwu’s relationship may seem a bit more obscured. After all, Doro is also of African descent, although he is able to take on different bodily forms regardless of race. But if we consider how systemic racism works, then it doesn’t matter that Doro is ostensibly black; he’s a dehumanizing, abusive, exploitative prick whose ultimate purpose is to control Anyanwu, body and soul. He represents racism, patriarchy, numerous normative ideologies that keep all of us imprisoned.

So I guess in the end it doesn’t matter if Peele has read Butler. What matters is that both artists have tapped into what it truly means to be black in this country, deeply engulfed by “the sunken place” that is white supremacy. Knowing so is irrelevant. It’s doing something constructive to get ourselves the fuck out of it that matters.

[1]Mosley, Walter, “Black to the Future: Science fiction may have a special allure for African Americans.” New York Times, Nov. 1, 1998: A1.